When The Governor Reached Jadavpur University On Tuesday, The Students Surrounded His Car and Prevented Him From Going Inside The University.

West Bengal Governor Jagdeep Dhankad has once again faced the anger of the students. When the Governor reached Jadavpur University on Tuesday. The students surrounded his car and prevented him from going inside the university. There was a program at Jadavpur University on Tuesday. In which the Governor had to participate but he faced opposition at the gate itself. The students showed black flags to the governor here and did not let them get off the car.

On Tuesday itself, Governor Jagdeep Dhankad tweeted. “Students in Jadavpur University can get a degree, contribute to society”. But the way the university has been blocked, it is condemnable. This is a worrying situation. Those who are blocking the way, they are only fifty. ‘

The governor further wrote that the system is being taken hostage here and the people associated with it are completely oblivious. This is a downfall that can give unintended consequences, the rule of law not seen here. Let me tell you that earlier on Monday, there was a protest against the Governor here and the students blocked their way.

On Monday, the governor went to attend the meeting as Chancellor at Dhankar University, but the students boycotted it. The students surrounded the Governor’s car and started shouting slogans. During this time, the governor remained in his car for about 45 minutes. Later the security guards took them out and took them out.

This is not the first time the Governor has opposed in Bengal. Even before he reaches the Assembly, he was also prevented from going there. There is a constant squabble between the Governor and the TMC government. On both sides, there is a cross over on Twitter about law and order. 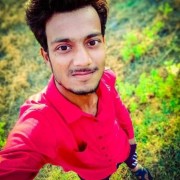 Shubham has very good knowledge in science and technology. He has 1 year of experience in writing articles. He also had worked for many websites. He loves singing and painting.

CBSE Decided To Cancel The Remaining 10th and 12th Examinations

Petrol and Diesel Can Go Beyond 100 RS / Litre This Time