Realme launched the low budget smartphone Realme 5s in the Indian market last month under its ‘Realme 5 Series’. This smartphone was launched at an initial price of Rs 9,999, which is present for sale in India in two storage variants. After Realme 5, Realme 5 Pro and Realme 5s, another new device of this series Realme 5i has come out again. Recently, this phone is seen on WiFi Alliance and NBTC. While now Realme 5i has also listed on the Singapore website. But this time Realme 5i has not come alone. Another new device of Realme Realme C3 has also revealed with this smartphone.

Realme C3 is listed on Realme 5i Singapore’s Infocomm Media Development Authority (IMDA) website. The names of the two Realme smartphones listed here have revealed. Which has revealed that the company is ready to bring the upgraded version of Realme C2 with the name Realme C3 soon? At the same time, the Realme 5i smartphone is going to knock in the Realme 5 series.

Talking about Realme C3, this device will be the next version of Realme C2 launched this year. On the IMDA website, Realme C3 shown with the RMX1941 model number. At the same time, Realme 5i coming in the Realme 5 series list in this listing with the RMX2030 model number. Let us know that Realme 5i was also listed with the same model number earlier. There is not much information on both phones in the listing, but it is expected that in the first quarter of the year 2020, these two smartphones will take entry on the tech platform.

Realme is the entry-level phone of the C2 brand, which was launch in India in two variants. The phone’s 2 GB RAM + 16 GB memory variants were launch in the market for Rs 5,999 and 3 GB RAM + 32 GB storage variants for Rs 7,999. Talking about the specifications, it has been introduced on the 19: 9 aspect ratio Waterdrop Notch. Which supports a 6.1-inch HD + display. Realme C2 has introduced on ColorOS 6.0 based Android 9 Pie and for processing, this phone has given MediaTek’s Helio P22 chipset built on 12-nanometer fabrication technology with octa-core processor.

Realme C2 supports the dual rear cameras. The back panel of the phone has a 13-megapixel primary and 2-megapixel secondary camera sensor with LED flash. Similarly, Realme C2 supports 5-megapixel front camera for selfie. This phone supports basic connectivity features along with dual SIM and 4G LTE. For phone unlocking and security, only the Face Unlock feature has been provided in this phone. For power backup, Realme C2 supports a large battery of 4,000 mAh with a micro USB 2.0 port.

Talking about Realme 5s launch in India, 4 GB RAM + 64 GB storage variants of the phone can purchased for Rs 9,999 and 4 GB RAM + 128 GB memory variants for Rs 10,999. This smartphone supports a 6.5 inch HD + display with 720 x 1600 pixel resolution which protected with Corning Gorilla Glass 3+. Realme 5s has introduced on Android 9 Pie-based Color OS 6. And the phone runs on a Qualcomm Snapdragon 665 AIE chipset built on 11 Nm technology with an octa-core processor clocked at 2 GHz.

Realme 5s supports the quad rear camera. A 48-megapixel GM1 primary sensor with F / 1.8 aperture has given on the back panel of the phone. In addition, this phone supports 8-megapixel ultra-wide-angle lens, 2-megapixel depth sensor and 2-megapixel portrait lens. At the same time, Realme 5s has a 13-megapixel front camera for selfie. Realme 5s is a dual sim phone that supports 4G. While the fingerprint sensor has been provided on the back panel for security. 5000 mAh battery is available in Realme 5s for power backup. 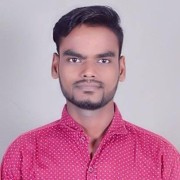 Aman has been reporting for more than 3 years. He completed his graduations in Computer Science and worked for many popular News Website.

Sundar Pichai To Receive 1720 Crore Package As A Google CEO